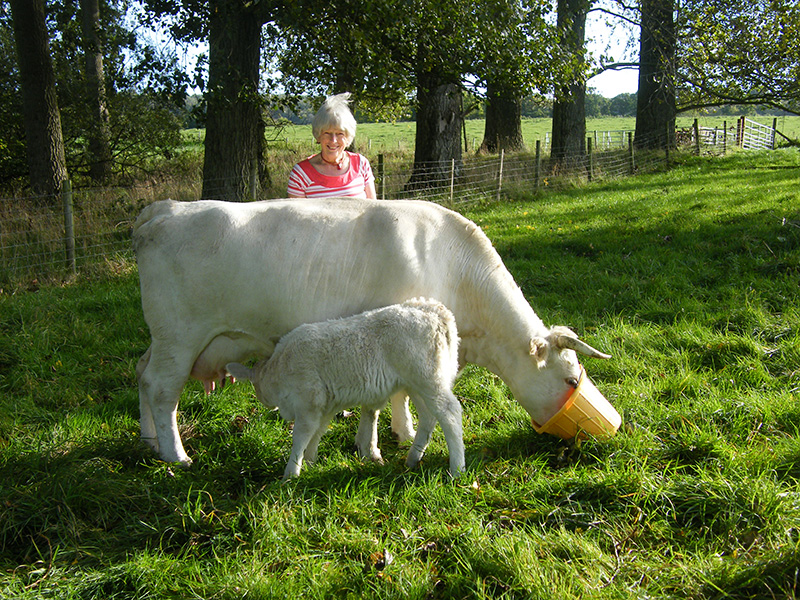 PEOPLE are being led ever further from wholesome food and its vital role in making us whole. It is an increasing problem – but where is the sense of urgency in combatting it? And, even if the enablers of fake food technologies have the highest moral intentions, the actual production of this sort of food will inevitably centre on profit.

The query ‘What’s for Dinner?’ needs to be addressed from every angle – after all, it’s a life or death choice.

What we all choose to eat has a monumentally huge impact, not only on our own health, mood, relationships, work efficiency and purpose, but on the ever increasing circles that radiate out from our small decisions.

What we eat and how it was produced and by whom – these questions take us on a journey through climate change, carbon capture, animal welfare, species diversity, individual achievement and responsibility and the fate of all life on earth.

One person making a small decision about what to eat – that might be neither here nor there, but multiplied by all the humans on the planet and it has implications for every other species.

Humans can’t exist without insects but are capable of destroying them, ipso facto committing unintentional suicide.

If we choose cheap meat we are complicit in animal abuse. If we choose no meat, we are encouraging forest destruction, ploughing of land for crops and the resulting carbon release. Everyone needs to know the consequences of their choices before making them.

Laboratory-grown food advocates overlook one thing: connection with the land. The natural environment and nature’s complicated and brilliant ecosystems not only provide for all creatures, including humans, nutritionally, but also mentally and psychologically.

Mental health for people, animals, birds and fish, beavers, beetles and bees depends on stress levels, and unless we want to take, prescribe or give drugs forever, we all need freedom, fresh air, magnificent views, as well as good, appropriate food.

We humans need to be involved with the actual growing and the interwoven cycles that have evolved over millennia and not be so conceited to think we can abandon the very structure that has supported and enabled our species to survive thus far.

Food isn’t just fuel; it’s the key to happiness. If everyone had a stake in producing it, had to do a share of the hard work, the reality of what it means would be clearer – and so would be the power it possesses for making us able to feel at the peak of our abilities. The taste alone of freshly dug, picked or harvested produce would be a revelation to many. If you don’t know about the pain and the planning you can’t be expected to understand or appreciate the true value and importance of food.

The seductive allure of highly processed, coloured, packaged, seemingly safe, taste-doctored edible substances is immense, especially when displayed and promoted and discounted. Even the most ardent, hands-on farmer or grower of primary products can be led astray: being offered two for the price of one can be the deciding factor.

Labelling laws seemed as if they would be the answer to many of the worries about processed food but sadly, it is all too easy to mislead with an overwhelming quantity of information, Latin and scientific names and companies taking full advantage of the ignorance of so many people about the subtle definitions allowed by law.

If the overall goal of a benign and equitable government were the education of its population in order to promote health there would be no problem. If the goal is to mislead, mesmerise, trick or legally ‘cheat’, then, with billions of pounds at stake annually, the incentive to deceive is total.

The trouble with surveillance and social media firms’ access to personal data is that too much knowledge is in the hands of too few individuals.  We cannot take for granted that they will be the wisest among us who will use their knowledge for the best, most altruistic reasons. And, the prerogative of governments to withhold, substantially reword, fail to disclose, or delay publication of vitally important information is a weapon used all too often.

It is vital to spread knowledge everywhere, and to share and enable the greatest possible number of people to make informed decisions. Our own personal health affects the NHS; our actions affect the security services and judicial system. Our health or lack of it affects our quality of work and that affects the fabric of society and the essential services that we now take for granted.

So, we have a duty to ourselves and to everyone else to be as healthy as possible and make choices that only affect others positively and that means respecting agricultural truths.

If lions or giraffes were succumbing to cancer or cardiovascular disease, studying the diet of a thousand of either or both species might well lead to a worthwhile conclusion because the range of foods they can access and are capable of digesting is so limited and known. People eat too varied a concoction of food, engage in activities late into the night, court danger and subject themselves to extremes of exhaustion. They consume alcohol and drugs and allow their imaginations to run wild, all of which contributes to confusing any long-term study of dietary habits. Also, animals can’t be economical with the truth.

So, perhaps, instinct, hand in hand with freedom of information, easily accessible and readily explained, should govern our corporate diets.

A good starting point would be to make non-organic food more expensive than organic, to take into account the pollution caused by manufacturing artificial nitrogen and the environmental devastation caused by agro chemicals. Such products could still be available should anyone wish to buy them, armed with all the pertinent facts available.

Any small child walking into an intensive pig unit would know the pigs were unhappy (frustrated, inhibited, unfulfilled, prevented from being themselves); it’s only adults who require proof. Requiring proof is a synonym for buying time. It is frequently acknowledged that agreeing to a Public Inquiry, however lengthy and expensive, is only ever an act of placation and a way of buying time to defer the actual implementation of improvement.

If the government wishes to change taxation rules or alter the basis on which calculations for benefits are made, they do not ask for studies to be conducted before doing so. Studies, research and inquiries are only brought into the equation when the government wants an excuse not to do something.

Agriculture has a lot going for it, but certain forces seem intent on derailing it; there will be consequences beyond the destruction of farms and communities.

To deny or sidestep nature’s natural progression as it nurtured the first creatures on earth through ice ages and continent break-up and facilitated bears, wolves, tigers and then horses and humans to adapt and thrive – it would not only be foolhardy but would destroy all possibility of real sanity and true well-being from ever being restored and lead us down a path to a convenient, packaged, alluring, meaningless nowhere.

In order to achieve optimum health, many things have to be considered and society as a whole needs to be involved: not just primary food producers, packagers, shops or caterers.

The gradual but inexorable replacement of labour by machines and new technologies began the process of disconnecting people from the realities of food production. It is in everyone’s interest to restore or discover the knowledge of how the natural world works while there are still plenty of people left who have never forgotten nor ever been removed from it. 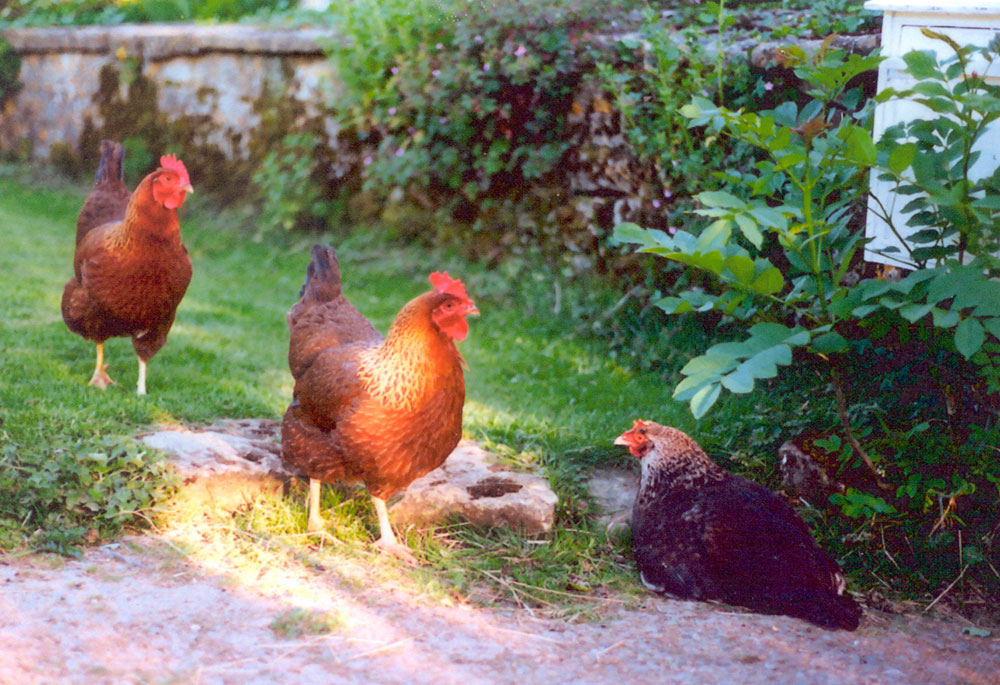 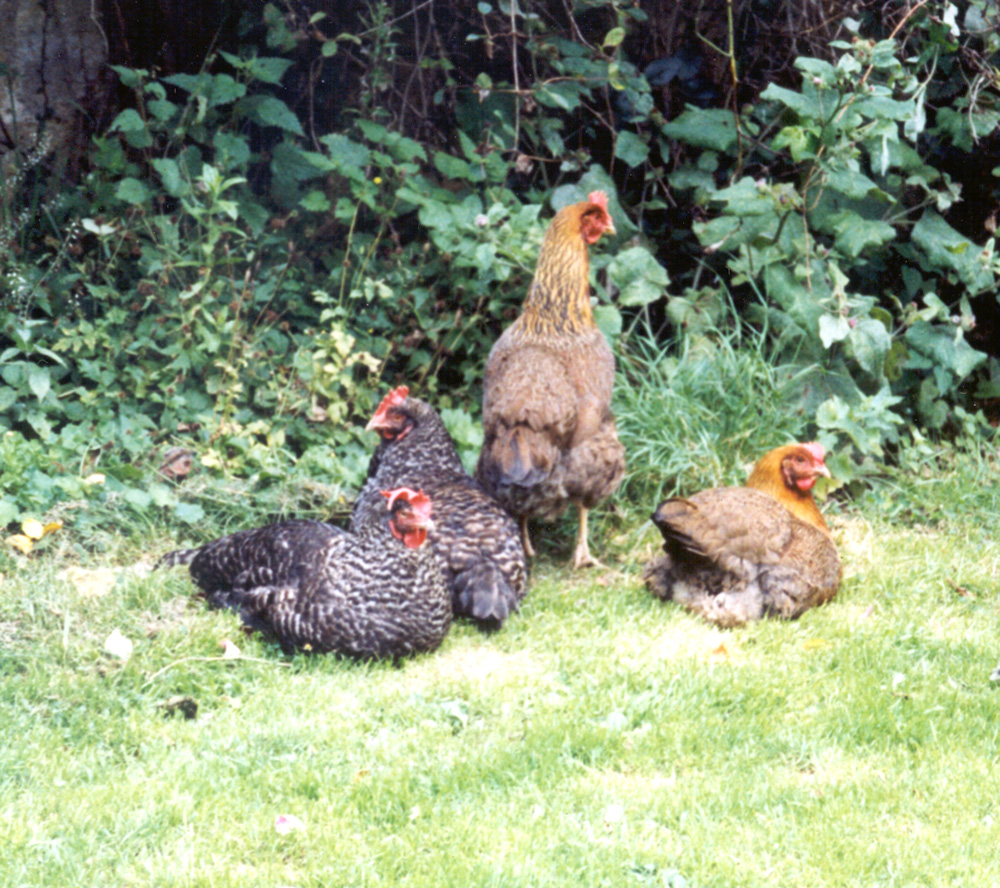