Postscript to 'What's for Dinner?' 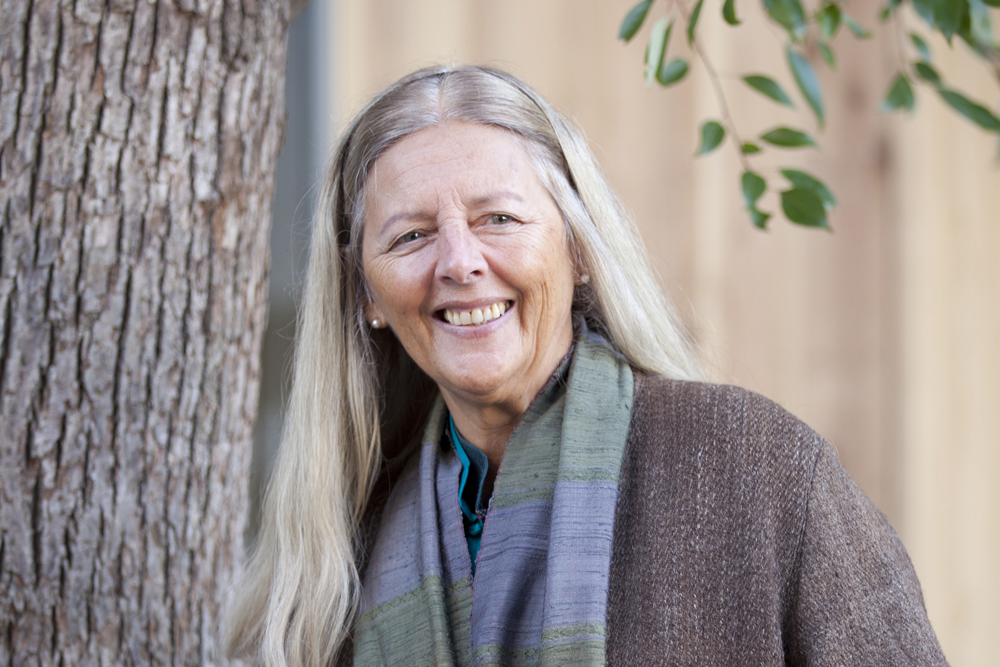 OUR food system is central to the most critical issues of our time. Not only is food the one thing that we produce that everyone, everywhere, needs every day, but its production – as well as its consumption – connects us intimately with the natural world. But the globalised food system has separated us from the sources of our food, thereby severing the land-based relationships that informed our species’ entire evolution. This system has become the biggest contributor to climate chaos and ecocide, as well as to the ill-health of humanity.

But if food lies at the centre of the problem, it is also central to the solution. By transforming our food systems – by transitioning away from large-scale, industrial monocultures for centralised markets, towards diversified, smaller-scale place-based food production – we really can maximise productivity and feed the world, while simultaneously minimising resource use, healing ecosystems, and increasing the number of livelihoods. Recognising this truth is the doorway into a new paradigm, one that empowers us to support human flourishing even as we begin to solve our ecological crises at their systemic root cause.

That root cause is the global economy. Since the Second World War, governments around the world, wedded to an agenda of economic growth through increased international trade, have supported a process of economic globalisation. They have subsidised industrial monocultures, built up the infrastructure for long-distance trade, and regulated in favour of the global market at the expense of local, regional and national markets. This has contributed to a geometric escalation of resource use and carbon emissions, to the systematic destruction of self-reliant communities all around the world, to an unprecedented gap between rich and poor, and to the undermining of democracy.

Thankfully, the reversal of this process – economic localisation – offers a powerful ‘solution-multiplier’. At the centre of localisation is the renewal and strengthening of smaller-scale food production to supply local needs first. Food-based localisation puts people back in contact with the ecosystems and resources around them, builds community and provides stable and sustainable livelihoods. And yet, we don’t get to hear about this possibility nearly enough. There is little attention given to diversified, local food systems as a solution to the climate emergency, despite its game-changing potential.  Small-scale agriculture is widely dismissed as ‘inefficient’ and incapable of feeding the world, despite the fact that small farms already produce most of the world’s staple foods on a fraction of the acreage.[1] The bias towards industrial agriculture is driven by vested interests in order to perpetuate a system that is failing on all counts.

Fortunately, as this book makes evident, more and more people are connecting the dots between the food system and the wellbeing of people and planet. They are recognising the need for healthy, truly sustainable agriculture, and there is a rapidly growing focus on regenerative agriculture as a means of tackling the climate emergency. As it currently stands, the global food system is by far the biggest climate changer, responsible for around 50% of total emissions (once everything from land-clearing and soil degradation to the reliance on machinery, chemical inputs, plastic packaging and long-distance transport are taken into account)[2]. By fundamentally changing the food system, we can not only minimise resource-use and pollution and cut down on food-miles and packaging, but we can sequester carbon and repair much of the damage already done. If soil carbon on every acre of farmland globally were returned to pre-industrial levels – something that could be done– at least a trillion tons of carbon dioxide would be removed from the atmosphere – roughly equal to the amount of carbon that has been emitted since the dawn of the Industrial Revolution[3].

It’s vital that we step back and look at the bigger picture to see how economic forces determine whether healthy, diversified production is either stimulated or discouraged. Farmers who sell to global markets and supermarket chains must provide massive quantities of a single commodity, and they receive rock bottom prices in return; it then makes economic sense to produce that commodity on as much acreage as possible, relying on ever more chemical inputs and ever larger equipment. On the other hand, farmers whose markets are more localised serve a multitude of buyers who need a wide range of foods, thus encouraging farmers to diversify their production. And since farmers are no longer competing with the cheapest producer anywhere in the world, they can receive higher returns for their production, allowing them to stay small.

The standardisation required by the global food system leads to massive waste: tons of peaches, carrots, tomatoes and other foods are left to rot simply because they have a blemish on their skin, or because they are not the ‘correct’ size, shape or colour demanded by supermarket chains.  In local food systems, on the other hand, consumers are more likely to appreciate heirloom varieties that don’t conform to the supermarket standards; many will gladly accept an imperfect apple because they know it signifies an absence of toxic chemicals!

Since the 1970s, my organisation Local Futures has been raising awareness about how the process of economic globalisation has pressured farmers across the entire world to embrace highly destructive machine-managed, fossil fuel- and chemical-intensive monoculture. Governments of every stripe have used taxpayer money to subsidise these monocultures, to support the use of ever more energy and technology, and to build up the enormous infrastructure needed for global trade. This massive support has led to the rise of ever larger markets dominated by a handful of multinational corporations. Made richer and more powerful by this process, these same corporations have lobbied governments to deregulate them still further, even as onerous regulations and taxes have been used to squash their national, regional and local competitors.

Today, a few big players monopolise the food industry, and are able to steer the food system towards further dependence on long-distance trade and large-scale technological systems. As a result, we now find ourselves in a truly insane situation: produce from the other side of the world, laden with externalised costs to human health and to the environment, has been made artificially cheap, while local food has been made unaffordable for the ordinary person. In the UK, for example, butter from New Zealand costs less than butter from the farm down the road.  Every year, the UK simultaneously imports and exports roughly equal tonnage of staples like milk, pork, bread and eggs; cod caught off the coast of Scotland is regularly taken on a ten-thousand-mile round-trip to China just to be filleted, then sent back to British supermarket shelves. Meanwhile, local and organic food – which benefits from none of the subsidies lavished on global and has none of its hidden costs – has become unreasonably expensive, and has gained the reputation of being ‘elitist’.

Because big, industrial farms are managed by machines and chemicals, they provide few jobs; and because local retailers and small businesses have been replaced by national and global chains, the economies of entire regions have been decimated, propelling people into swelling urban centres in search of employment. The few farmers who remain have been hooked into a monopolistic system in which big buyers effectively dictate the prices they will receive – often no more than a single-digit percentage of the price the consumer ends up paying in the supermarket.

The roots of this exploitative system are deep, extending hundreds of years into the past. In Europe, the enclosures privatised what had for generations been a commons, relegating millions of farming peasants to abject poverty and starvation. In much of what is now known as the global South, conquest and colonialism, which aimed at extracting raw materials for the markets of European empires, destroyed indigenous agricultural systems and replaced them with huge plantations of commodities like tea, cotton and sugar, worked by slaves. Against these backdrops, it’s easy to mistakenly equate farming of any kind with drudgery, and it is little wonder that people have lauded the rise of machine-based agriculture as liberation for humanity.

But despite all the labour-saving technologies, life remains difficult for farmers who toil within the corporate-controlled food system.  An Australian farmer once told me, ‘I’ve been a farmer all my life, and I’ve felt like a serf.’ That was until he was given the opportunity to sell at a local farmer’s market, when his life changed radically. He went from growing just two things to more than twenty different products, for which he now receives almost 100% of the sale price, and he experiences weekly, face-to-face contact with his consumers. ‘It’s like entering a new galaxy,’ he told me, beaming as he spoke.

By shortening the distance between the production and consumption of our basic needs, we stimulate diversified production, rebuild resilient economies in which wealth circulates locally, reweave the fabric of community that is the cornerstone of personal wellbeing, and enable communities to take back control over their own destiny. It is no wonder, then, that we are now witnessing an international resurgence of interest in community-based, sustainable farming, even despite the dire lack of support it receives from most policymakers and the mainstream media. In big cities and rural towns alike, farmers markets, consumer-producer cooperatives and community gardens are reconnecting people with the sources of their food, strengthening local economies, and reducing environmental impact.

There is a growing trend, too, of people stepping out of stressful and meaningless corporate jobs in urban centres, and choosing instead to lead land-based lives in community. Young farmers’ movements – from Australia to the UK, from India to Palestine – are growing rapidly, offering immense hope for the future. Most inspiringly of all, these initiatives are demonstrating the deep psychological healing and joy that springs from the reweaving of connection at the local level. And in contrast to the widespread stereotype of farming towns as narrow-minded backwaters, the ‘new local’ communities are hubs of cultural vitality and open-heartedness.

We are now at a crossroads. On the one hand, we can continue down a path that began with colonialism that is taking us at an ever-faster pace towards a techno-dystopia – towards synthetic food, total urbanisation, further concentration of wealth and power, and ultimately ecological collapse. Or, we can raise our voices and push our governments to support a path that is already being forged by hundreds of thousands of people at the grassroots all around the world.

Economic localisation, starting with food, is our biggest hope for the future. It is my experience that more and more people are beginning to realise this, and I am sure that many more projects will arise in the coming years. It is my greatest wish that the members of these flourishing initiatives will join hands – across national borders, across political divides, across the urban-rural gulf,– to articulate a holistic vision of localised futures and to build up peoples’ movements big and powerful enough to create a world we’re proud to pass on to future generations.

[1] UN Environmental Programme, “Agriculture: Investing in Natural Capital” in Towards a Green Economy: Pathways to Sustainable Development and Poverty Eradication, 2011 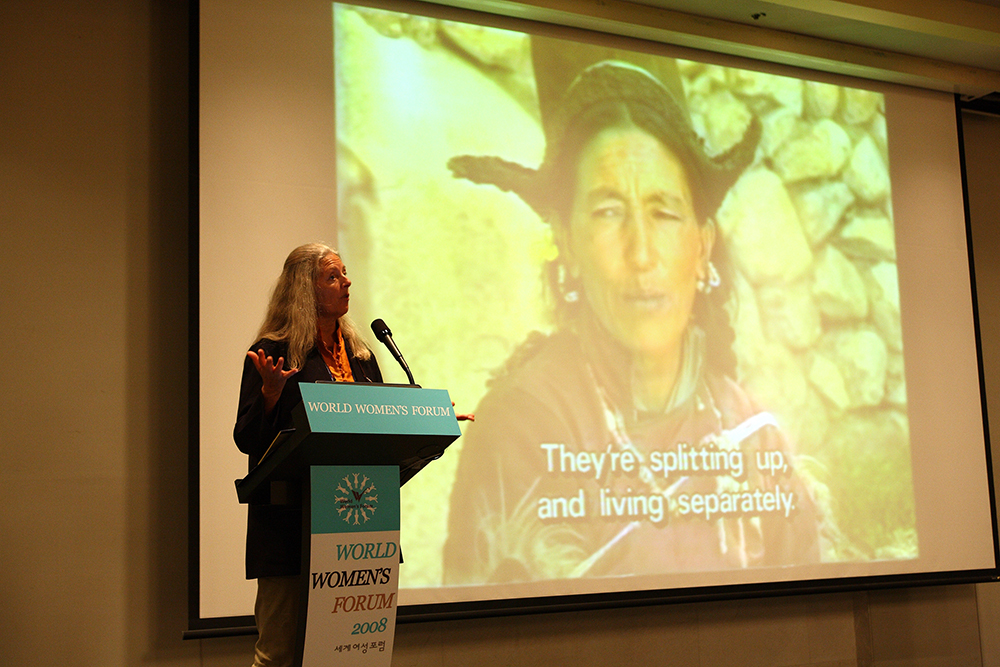 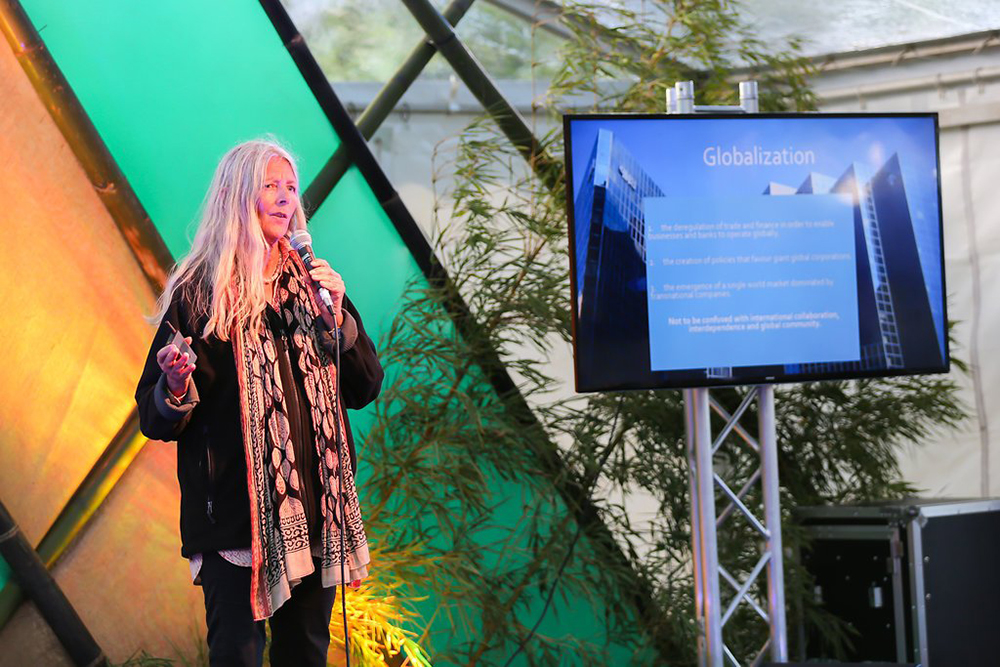 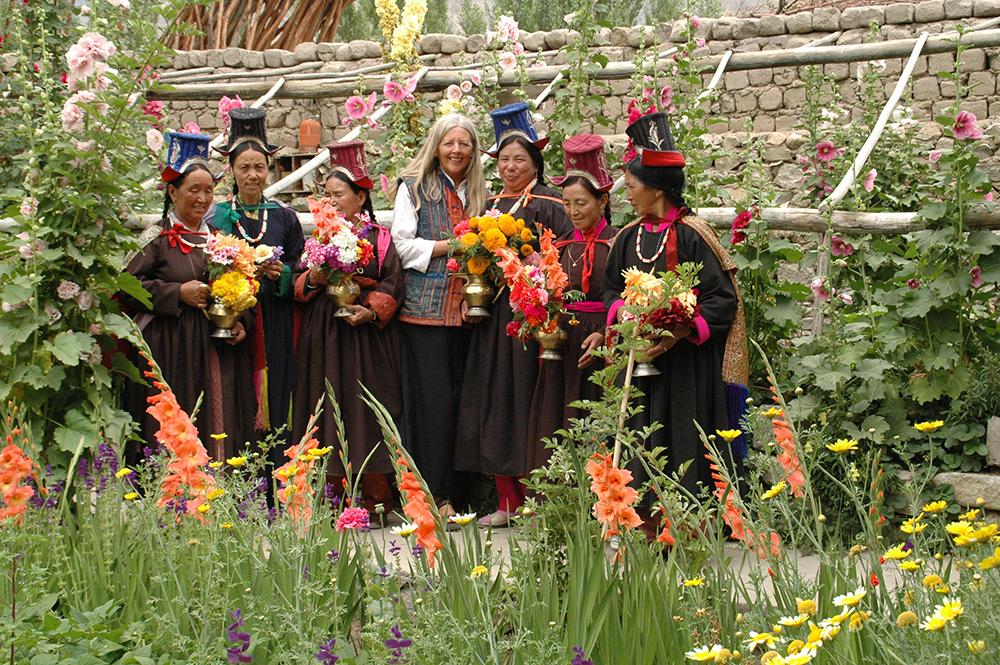