GLYN MITCHELL, whose contributions to RURAL we look forward in forthcoming issues, asks: If herbicides are so good, why do we still have weeds? 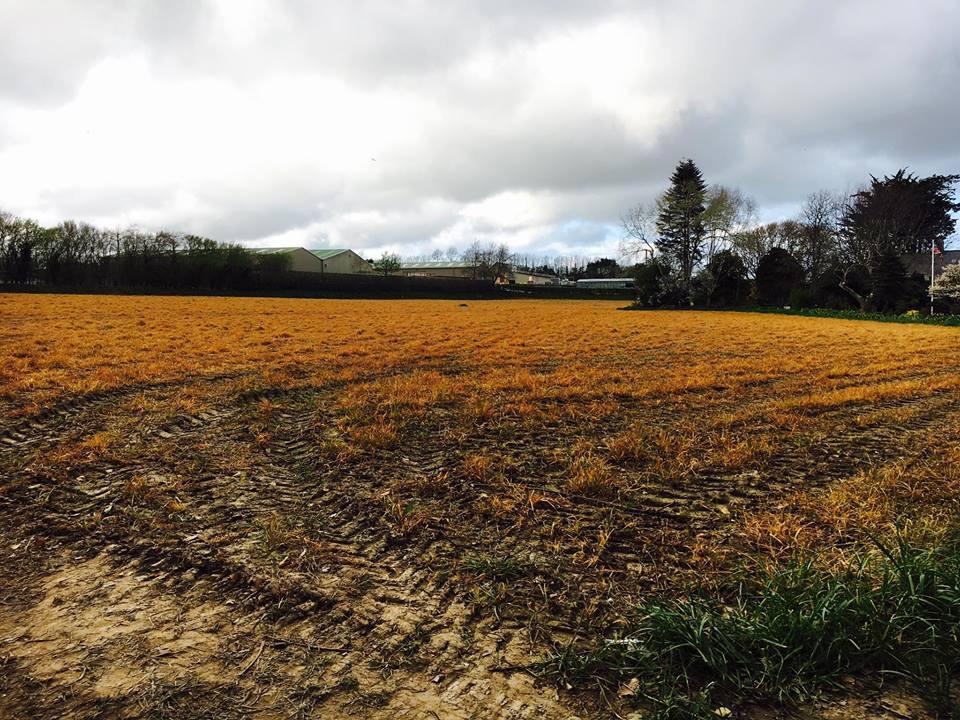 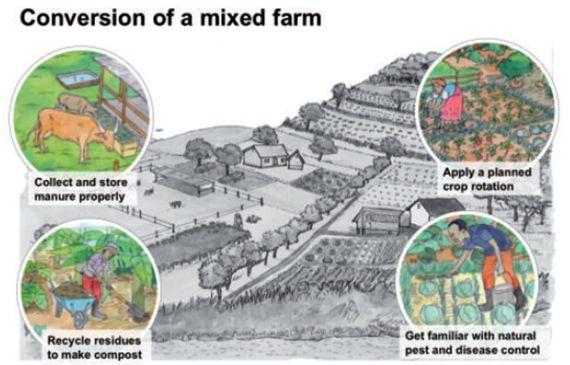 Kill it and claim it Recycle and regenerate

PEOPLE tend to assume that organic farming and sustainability go hand in hand. But this is not necessarily the case – and hasn’t been for most of history. While going organic has some big advantages, even today most organic farmers still rely on the plough – the chief culprit in the story. Why? Because it provides cheap, reliable weed suppression. Yet as we are discovering, it’s not the only option, nor are herbicides always a better alternative.

As far back as 1938, Lady Eve Balfour visiting Jersey, wrote that ‘Rotation of crops……is the most effective means yet devised for keeping land free of weeds.’

Good farmers know crop rotations boost harvests. There are numerous cases on record to show the advantageous effects of rotating crops on yields and quality … the ravages of insect pests and of plant diseases are reduced to a minimum in a crop – rotation system. To back up the claim still further data has been presented from ‘Regenerating’ research farms in the UK, Canada and Switzerland, demonstrated a rotation of potatoes with nitrogen fixing companion crop, followed by an eight-way cover crop increased yields by two-thirds to more than double those of monocultures – drives greater profits. Good farmers have known about using cover crops to enhance soil fertility and bolster crop yields for centuries. But these practices lost their lustre after the Second World War, as plentiful supplies of cheap chemical fertilisers offered comparable boosts in yield and allowed farmers to specialise in particular commodity crops and eliminate all the messy bother of animal husbandry.

In short order, agriculture came to rely on chemical fertilisers to support high yielding monocultures – such as the Jersey Royal Potato.

Using cover cropping and crop rotations to maintain or build fertility while suppressing weeds didn’t sound like progress when fertilisers and herbicides provided cheap, easy and effective – at least in the short run.

That, however, wasn’t the only factor at play. Chemical manufacturers have influential allies in governments interested in supporting fertiliser factories that could convert back to munitions production on short notice. Ammonia and ammonium nitrate can be used as either fertiliser or to produce high explosives. While not everyone jumped on the agro-chemical bandwagon, increasingly specialised academic, industry and agency researchers, trained in soil science silos, were and are quick to dismiss mixed farms, as throwbacks to pre-scientific days. By the 1970’s DEFRA and our own directors in Jersey had gone all out to subsidise agrochemical farming, based on the Gold Standard of research centre’s like Rothamsted Founded by Sir John Lawes in 1893, who made this definition: ‘Practical agriculture consists in the artificial accumulation of certain constituents to be employed either as food for man or other animals, upon a space of ground incapable of supporting them in its natural state.’

He thus advocated simplistic synthetic/artificial chemicals to replace nature, at that time with little understanding of ecological complexity and omitting the key concept of sustainability.

No-till farming became more attractive after the advent of herbicides that offered a simple, practice alternative for weed control. Interest ramped up even more with the introduction of glyphosate – Roundup. Conventional farmers loved glyphosate, even if using it didn’t improve per-acre harvests. They hated weeds and it killed them really well, offering easy, efficient weed control without ploughing-at least at first. Chemical practices don’t stop with farmers, some parishes are equally addicted.

The first herbicide-resistant weed surfaced in 1970, an atrazine-resistant groundsel. Six years later, Monsanto registered glyphosate for broad-spectrum weed control. The first glyphosate-resistant weeds, Wimmera ryegrass (Lolium rigidum), were reported in Australia in 1996 – the year that glyphosate-tolerant crops were first introduced. By 2014, almost two dozen weed species with glyphosate-resistance were reported in the United States. Worldwide, a total of 432 different types of weed were resistant to various herbicides. Naturally, this renewed interest in whether all those herbicides were really necessary, brings us back to the question, If herbicides are so good, why do we still have weeds?