Late January to May is a key time for frogs and toads as they spawn in ponds across the Island. Local wildlife groups are urging islanders to log sightings of these amphibians with the return of Jersey’s Pondwatch project. Wildlife records are essential for making evidence-based decisions that will protect Jersey’s natural environment, explains Michelle Gray, Manager of the … END_OF_DOCUMENT_TOKEN_TO_BE_REPLACED 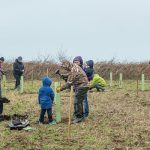 Are you interested in conservation and the outdoors? If so, please join The National Trust for Jersey Lands team for a session all about trees! The date is 13 February at 10am. The reason? To help maintain some of the many trees planted over the last two years, with the opportunity to plant some more. The activity involves tree planting and maintenance at Mourier Valley. … END_OF_DOCUMENT_TOKEN_TO_BE_REPLACED 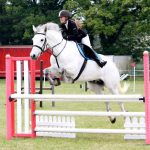 A Jersey equivalent to the famous annual ‘Horse the Year Show’ is due to take place this October at Home Farm Equestrian Centre, Rue ès Abbes, St John. The organisers, who have just published a brochure for the show, state: ‘the show will provide an opportunity for those who have a love and passion for the horse, for riding and each of its associated disciplines to … END_OF_DOCUMENT_TOKEN_TO_BE_REPLACED 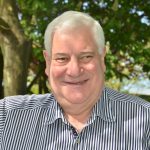 By Hannah Voak Jim Hopley, whose dedication to environmental matters has been manifest throughout his career, was created an MBE in the New Years Honours List. After retiring as the CEO of the Channel Islands’ Co-Operative Society in 2011, Jim has spent much time in voluntary roles. In the past decade, he has chaired various organisations in the Island, including Jersey … END_OF_DOCUMENT_TOKEN_TO_BE_REPLACED 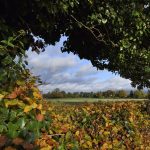 By Hannah Voak Hedgerows were historically planted to keep in grazing livestock, but ecologists now see these man-made structures as a ‘happy accident’ for biodiversity. In recent years, Jersey has concentrated on expanding hedgerows to provide a range of benefits for local wildlife. These mixed hedges of shrubs and trees provide shelter and food for many birds, animals … END_OF_DOCUMENT_TOKEN_TO_BE_REPLACED